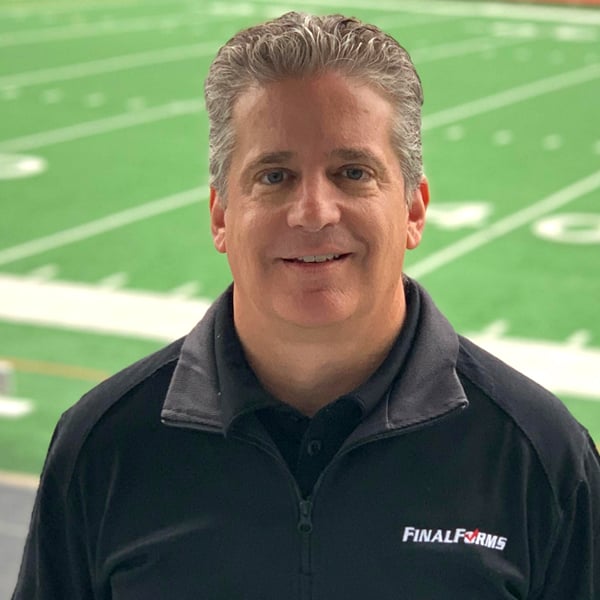 Frank brings a wealth of experience to the FinalForms sales team and can share stories from his 30+ years in the sales and athletic industries.

Frank spent 3 years at the University of Southern California, 9 years at Purdue University, and 2 years at Kent State.  His roles included recruiting coordinator, director of operations and NCAA compliance coordinator.  He also worked with the Cleveland Browns and Cleveland Indians organizations.

Frank filled the role of a scout for 9 years with the Tampa Bay Buccaneers, including in 2002 as a member of Buccaneers first Super Bowl championship team.

Frank is a graduate of The Ohio State University where he was also a staff member of the 1985 The Ohio State Rose Bowl team. Not only does Frank represent FinalForms, he also uses the system to register his children for athletics and academics in his local school district.

We Sponsor and Partner with...

It's time for next generation online forms. FinalForms is specifically designed to helps schools collect, verify, and distribute student data to boost compliance and safety while reducing risk, liability, and controversy. The FinalForms team, comprised of former educators and world-class developers, is dedicated to providing you with personal service and support.